“This job has been a joy of my life,” Ann said Thursday, talking to staff and supporters during a surprise retirement celebration. “It was never boring, never the same day twice. The challenges I faced here, and the teams I worked with, made this the best job in the world.”

Ann said, since childhood, she had never wanted to be anything besides a teacher.

She grew up in St. Louis County, where she lives today. She was married 39 years to Rich Neuner, who passed away in 2016. Ann has four grown children and seven grandchildren. She said she is retiring now so she can spend more time with her grandchildren before they start kindergarten. 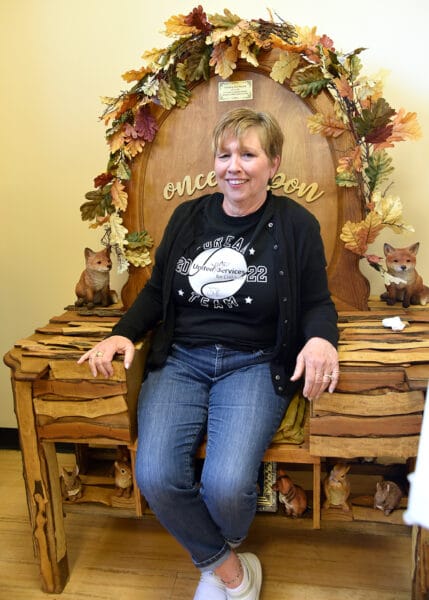 Ann has a master’s degree in Early Childhood Special Education from Lindenwood University and a bachelor’s degree in Elementary Special Education from Fontbonne University. She began her education career in 1977 as a general education elementary school teacher in Chicago. She returned to St. Louis in 1985 and continued as an elementary teacher. Ann joined United Services in 1992 as an early childhood teacher during a time when the agency’s classrooms included typically developing children alongside children with developmental disabilities and delays. This inclusive model led Ann to enroll her own children in United Services’ early childhood programs.

Ann discovered a passion for teaching children with disabilities, so she returned to school and obtained certification in early childhood special education.

“A child that sat in their seat and did what they were told was not the kid for me,” Ann said. “My calling was to work with challenging kids.”

“I love the progress kids make,” Ann said. “Everybody makes progress. From little bitty steps to big steps, that is something to celebrate. I learned to celebrate all successes, no matter how small.”

Now that Ann has more free time, she plans on volunteering in the community and finding opportunities to travel. Ann has visited Europe, Africa, China, South America, and the Caribbean. But wherever she goes, she will take her United Services memories with her.

“I made a lot of good friends here and met a lot of lovely families,” she said. “They will stay in my heart forever. This job made me a better person, a better mother, better teacher, better friend, and better wife. That is quite an accomplishment for a workplace.”